It is estimated that over 2 billion of the world’s population live in families that use firewood or some other form of biomass to cook every day. Stoves that require less wood would go a long way in reducing climate change due to deforestation and reduce the firewood collection burden on women and children. 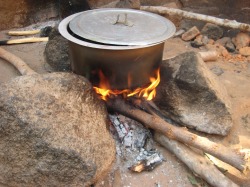 This is a traditional three-stone fire used by many households in rural settings around the world. In a bid to reduce the health risks associated with the fumes produced by this fire and to slow the rate of forest depletion, various manufacturers have created stoves that are expected to use less firewood and produce no harmful emissions.

We test different firewood stoves to determine which ones use the least amount of wood. We are also aware that it’s one thing to tout a stove as fuel efficient and another thing for people to buy and use these stoves. This is why our tests go beyond the lab to and into the kitchens of families that cook with firewood at various Millennium Villages sites.

To make this tasty meal of beans and ugali… 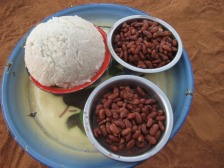 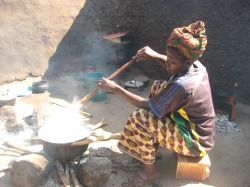 A lady cooks on a three-stone fire. This type of fire burns through firewood too quickly. So she and her children spend more time collecting firewood than they do enjoying their beans and ugali.

But more importantly, when used without good ventilation inside a house, three-stone fires produce harmful burnt particles and carbon monoxide. The World Health Organization says that about 1.5 million people die each year from lung diseases as a result of pollutants from burning firewood.

We tested three kinds of stoves to determine which one cooked food the fastest while using the least amount of of firewood.

The StoveTec was designed by Aprovecho Research Center in Oregon, USA and manufactured in China. It has a diameter of 26cm and a combustion chamber made from lightweight clay. StoveTec comes with a removable metal pot skirt that can be wrapped around a pot to force heat flow closer to the pot’s sides and bottom. This increases heat transfer to the pot and could cut down on cooking time. The pot skirts were too small for the pots that people in Mbola used. 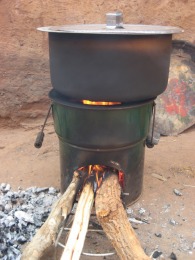 Envirofit was designed by Envirofit International in close cooperation with Oakridge National Research Laboratory in Tennessee, USA, and the Engines and Energy Conversion Laboratory at Colorado State University’s. It is also 26cm in diameter and was manufactured in India. 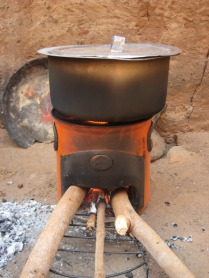 Advent was manufactured locally in Tabora, Tanzania by Advent Technologies. The diameter of the stove is 22 cm. The combustion chamber is made from a mixture of clay soil and sawdust. The height of the stove is 35 cm. 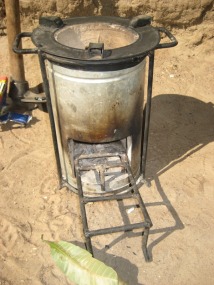