Nigeria faces tremendous challenges with respect to electricity access. A high population and low access rate mean that the country is second only to India in the total number of its citizens without a grid connection. Moreover, since efforts to expand the grid have not kept pace with population growth, the actual rate of access has declined in recent decades.

The first step of this collaboration has been to help the utility take stock of the assets and geographic extent of its system, beginning with the mapping of nearly 10 million meters of medium voltage power lines and related equipment. As a foundation for more detailed and accurate planning, KEDCO, and SEL’s energy planning team worked together to create the first detailed, geospatially referenced map of the electricity infrastructure inherited from the former national utility. The mapping effort once again leveraged the power of Open Street Maps (OSM) as an open-source, cloud-based, and decentralized mapping tool.

The on-the-ground mapping effort began with training sessions held in Abuja, in late 2014. The SEL team used Android devices loaded with software developed by the OSM community and lightly customized by SEL for mapping electricity infrastructure. KEDCO then returned to its offices in Kano, Jigawa, and Katsina to undertake the vast majority of the work: a mapping effort which engaged engineers, planners, and software specialist staff across each of the utility’s twelve business units.

After about four months, the result is a highly detailed database of KEDCOs power distribution network, including more than 95% of the system’s grid lines and several thousand pieces of strategic equipment including transformers, substations and generation sites. KEDCO recognizes the value of this map, as it allows an updated and accurate measure of the system’s line length. It also provides a starting point for a data-driven approach to other important KEDCO concerns, such as load flow analyses and establishing a customer database.

Some aspects of KEDCO’s management and implementation that contributed to the effort’s success have included:

The KEDCO / SEL collaboration doesn’t end there. In May, KEDCO will use this newly created system map as a key input to model cost-effective expansion of grid and off-grid electricity throughout their jurisdiction. In the future, KEDCO plans to continue to validate, expand, and maintain this powerline dataset for its growing network to support future planning and maintenance. Also in May, KEDCO experts will join the SEL staff as part of the training team in a national training workshop that aims to enable other distribution companies throughout Nigeria to use this same approach to map their service areas.

As this first phase of the collaboration concludes and the next begins, the SEL team wishes to thank and congratulate KEDCO for its initiative and diligence in implementing this new approach. The results speak for themselves as evidence that KEDCO is now at the forefront of geo-spatial, data-driven electricity planning poised to become the national standard. 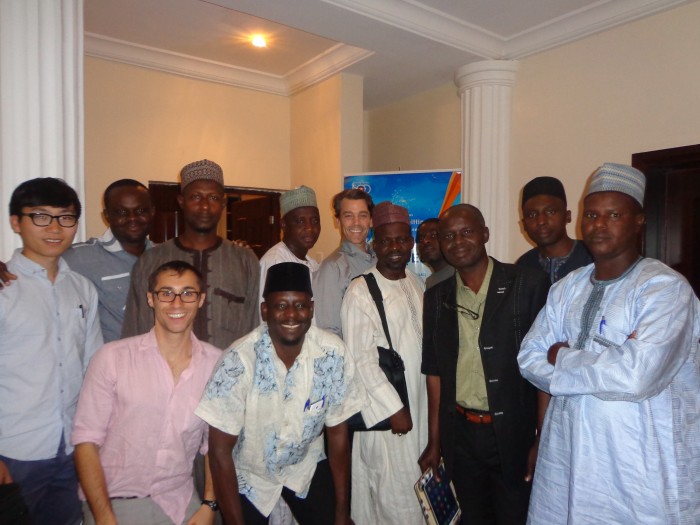