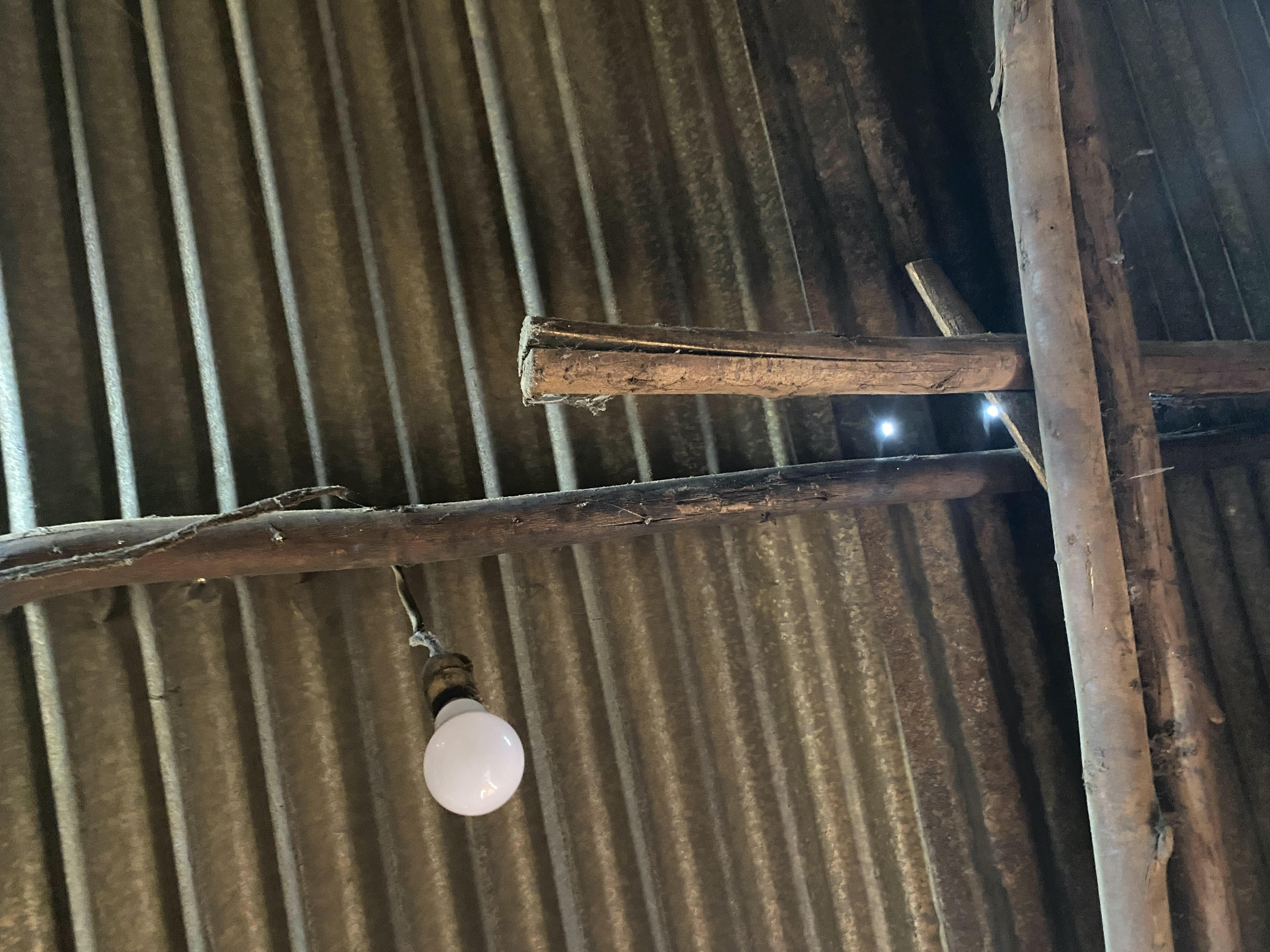 Last week I visited the slums of Kampala, Uganda while on my way to the Sustainable Energy for All Forum in Kigali. I wanted to see with my own eyes the conditions in the slums when it comes to energy and water. It is well known the world over that while grinding poverty is hard enough, having to pay exorbitant prices for services and consumables makes it a lot worse. It could be a choice between buying milk or paying for light, primary education or charcoal. I found the residents of these slums having to obtain electricity, cooking fuels, water and sanitation services through informal unsafe poorer quality arrangements that cost them several multiples of what they should. These services are already provided to others in the city a stone’s throw away. With very high population densities in the slums and their being already adjacent to existing utility infrastructure, the cost of provisioning services should be much lower than that for those with larger property sizes or those in rural settings.

Dr. Pasquine Ogunsanya who runs a health clinic serving the most vulnerable, took me around to interview some of the residents living in a slum by the sides of a railway track, a stone’s throw from Alive Medical, a clinic she runs in Namuwongo. The residents in the Namuwongo slum make their home in unplanned semi- permanent houses made of scraps, straw, and mud without toilets. These have been put up by those who saw a profitable enterprise in investing in a shack that can pay back in rent in just a few years- building on land that they do not own. Without sanitation and good drainage systems, many residents without toilets pollute the trenches or surrounding areas since one must pay to use the community toilets. Heavy rains come with flooding worsening their living conditions.

I talked to the few families we visited with my own narrow lens of the cost, quality, and reliability of services such as lighting, water, cooking, cost of credit - topics that I study. But it was hard not to miss the larger backdrop of precarious livelihoods, poverty, poor health, and vicious cycle of debt from COVID-19, with families raising a new generation without decent education, amidst increasing sexual and gender-based violence during the most formative years of life. Unfortunately, these are conditions are not unique to Namuwongo. Nearly half of Kampala lives in slum dwellings.

During my daytime visit I primarily saw women and children at home. A 60 sq. ft. (6 sq. meter) space without a kitchen, a sink, a bathroom, or a water tap rents for $20/month, without the right to complain about a dangerously leaning mud-straw wall or holes in the tin roof. It is on take it or leave it terms. Per sq. ft., the rent is only slightly lower, perhaps half that of a rental unit in Kampala that is solidly built, has a kitchen, a bathroom and toilet, and is connected to utility infrastructure and services.

A ceiling-mounted lightbulb and a mobile phone were the only electrical appliances visible. For this electricity they paid a flat monthly charge of $3.50 regardless of how much you used. The landlord who supplies this electricity is charging what works to be about $1 per unit of electricity, about 5 times what the Uganda or US utility would charge. What is ironic is that Uganda currently has excess electricity supply. Only about 60% of the contracted supply is being utilized. And the country is paying for that unused excess supply. The technical jargon for this unused but paid for portion is deemed energy.

The slum dwellers pay roughly $5 a month to obtain drinking water, which is purchased from middlemen. This is for two to three 15 to 20-liter plastic containers jerrycans of water a day. They bring these to be filled up at a location controlled by a middleman who in turns has access to a metered public tap. For every 1000 liters or 270 gallons that they might consume over a month (my family consumes that much in a day), they pay nearly two times the cost of pristine water delivered by pipe to my home in New York City. It is 30 times what the utility in my parent’s hometown in India charges where costs of labor, distribution and water quality might be similar. Costs to produce electricity or procure natural gas have common reference points across the globe given their sources are internationally traded. Not so with water. The cost of physical volumes of water is low in countries blessed with plenty of water, and much of water pricing in the global north is the cost of sewage collection, treatment and disposal, a provision that is missing for the residents of slums anyway.

The residents rely almost exclusively on charcoal for cooking fuel supplemented by scraps of scavenged wood, such as from discarded wooden furniture, doors, scaffolding etc. They pay roughly $15/month for about 30 kg of charcoal, an absurdly high energy burden (what you pay for energy as a fraction of your income) given their income levels- but they have no other alternatives. The health and environmental externalities aside, if one adjusts for the lower efficiency of their stove compared to a gas stove, they pay about three times per MMBtu (a measure of how much heat a fuel can deliver when burnt) of cooking energy compared to those in my hometown in Western India, where piped gas is delivered to every home, supplied by a private company that in turn obtains commercially-priced imported liquefied natural gas from a trunk gas pipeline. There might be other cost-effective approaches as well, perhaps electric cooking using the surplus power that Uganda has. I saw numerous electric cooking appliances targeted for the poor on display at the Kigali conference.

Economists have argued that slums make it possible for those escaping rural poverty to make a go at the economic opportunities that cities offer. But that leap, also implies dire choices, a cramped dozen sq. ft. per person. While the word slum itself has come to mean informality, transitory living, lack of services and all the negative associations of crime and poor health- it is society itself that is to a large degree making that prophecy come true. We may wait decades to create the millions of urban housing units that Uganda needs. But it is unacceptable to deny the residents the most basic services as enshrined in the Sustainable Development Goals. We can debate what comes first: governance, community mobilization, NGO support, forcing landlords to provide tenancy protection, requiring landlords to make investments, evicting both landlords and tenants entirely. These debates are place specific and for sure there were many unresolved historical and colonial legacies or political expediencies. The debates go on for decades since informality is very profitable. The current landlords are engaged in a profitable enterprise, without public oversight that a utility would have. There is money to be made in private service provision to the poor.

As an engineer, I see the need for a more direct approach that requires utilities to provide services to everyone, even those without a formal street address, a formal rental contract, or even without a structural wall on which to mount an electric meter. It is the role of engineers to design around these constraints. My narrower engineering perspective is that energy, water, and sanitation provision, are public services and hence governments need to forcefully intervene and, if needed, provide upfront subsidies to make it happen. They do so for other city populations and increasingly for smaller towns and rural villages as well. 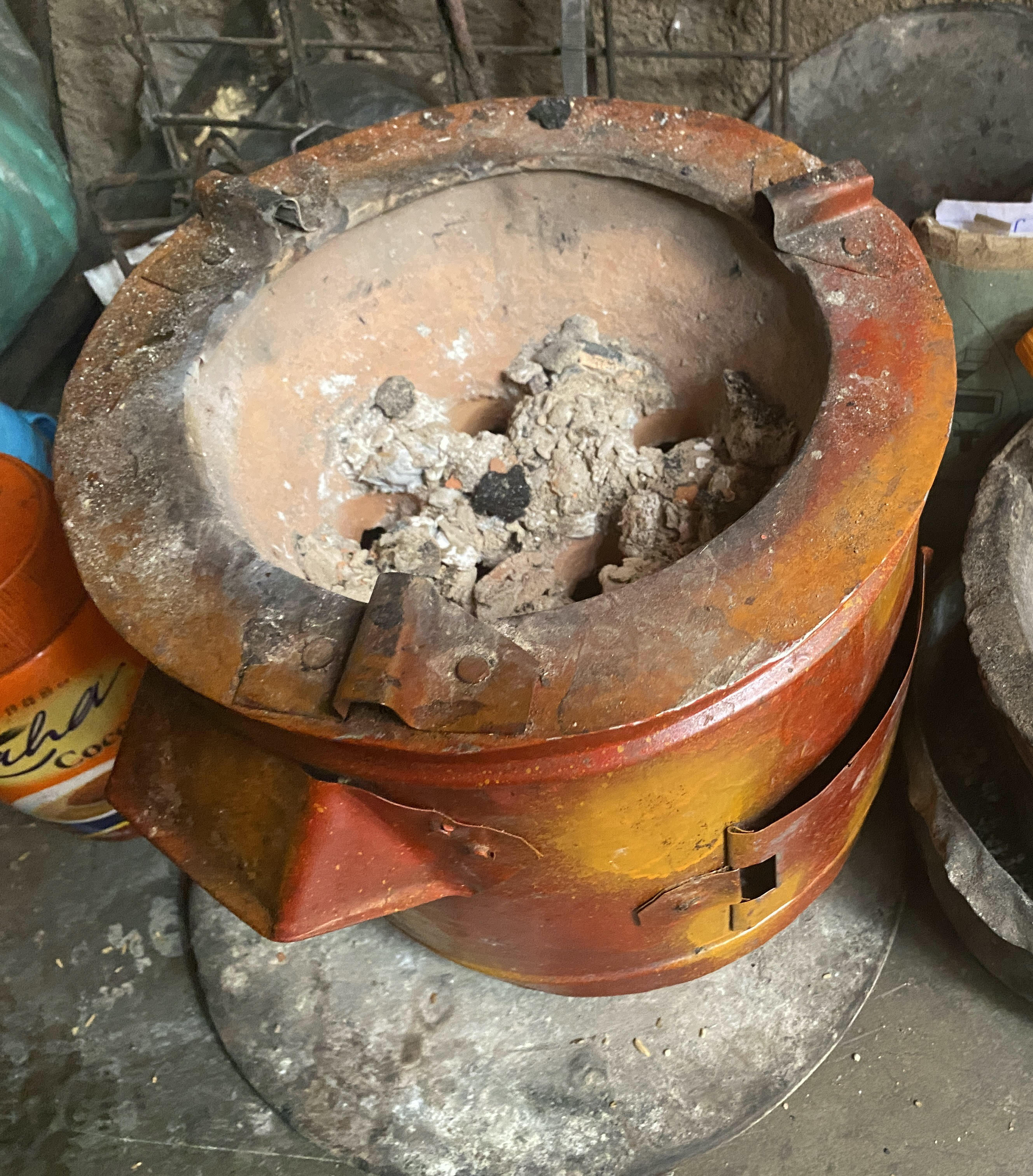 It is not satisfactory to require the poor to organize themselves in co-operatives or come up with their own community-based solutions or make do with self-financed decentralized options such as rainwater harvesting or solar lanterns or locally produced briquettes, waste to energy solutions or composting toilets. All fine ideas and all power to the poor if that is what works for them today. But these are solutions for those who have access to capital and the time to invest in cutting-edge innovations. Slums in densely populated cities need utility services provided through corporate technological and management heft, just like the rest of urban populations. When technological innovations such as water reuse, or decentralized solar/battery systems become proven, affordable, and reliable- that is when those approaches might sense for the slums. For now, we need to deploy what we know how to make it work- simply bring services in form of a utility wire or a pipe to your abode, however humble that abode is. This might not be cost effective for the rural poor, and indeed off-grid or decentralized systems make sense in those settings. Yet, given how small a space slum residents occupy and their proximity to existing infrastructure, the cost of providing these services to them is a small fraction of what it takes to serve the urban middle class or the rural poor. There is no reason to wait. It may be costly or not feasible to build a private toilet for each dwelling unit. In that case, clean public toilets are both technologically and financially feasible in urban settings with backend sewage pipes and central treatment facilities. Yes, they will need public funds to maintain and operate.

The East Africa region has massive (compared to their own anticipated consumption for years to come) fossil fuel resources, both liquid and gas. Pipelines for oil (from Uganda to coast through Tanzania) and the other way for gas will start to be built shortly. Contracts are being awarded as we write this. If all goes well, government budgets, fuel and financing will not be in short supply. What could be in short supply is our commitment to the poor.

It is absurdly expensive to be poor. Living informally in a settlement by the railroad track means you are forgotten, hidden, and left to yourself. In some countries you could be forced to relocate to just make the city look clean and pretty. When former President Trump visited my hometown in India, walls were quickly put up by the local government along the road he would drive by so that the slum dwellers would be hidden away. And this was when he was on the way to make a quick stop from the airport to visit the Gandhi Ashram, where Gandhi lived with the outcasts of society, precisely to provide them dignity and visibility.

There was no way for me to express any emotion to those I met, who, despite their most desperate conditions, had hope in their eyes and were trying to look ahead. The tears had to wait until I came back to a luxury hotel few minutes away. Kampala, the capital of Uganda, located on rolling hills, by Lake Victoria- the source of the Nile, is one of the most beautiful cities I have ever visited. On the morning of my visit, an intense thunderous tropical downpour had given way to bright sunshine. Surrounded by lush greenery, blessed with ample rain, sun, and fertile soil- it was hard to imagine why hundreds of thousands in Kampala are having to pay an arm and a leg for cooking fuel, water, sanitation, and light. Their consumption levels are so low, they are probably the most sustainable denizens on earth- but for them, affordable energy and water are a dream.